Here are the different ways from where we can take screenshots from the laptop. Points are listed below for windows:

This key is a base variant and is mostly used in various situations. It is easy to copy-paste material like when you need to send some clips of the message, video, and meme in that situation this button ‘PrtSrc‘ is most essential for you.

People Also Read:- Credit Card/Debit Card Fraud Using FACEBK(Facebook) Payment Account
Similarly, let’s have a look for some shortcut keys for Macbook as well. There is nothing different on Macbook. It is also similar to Windows. 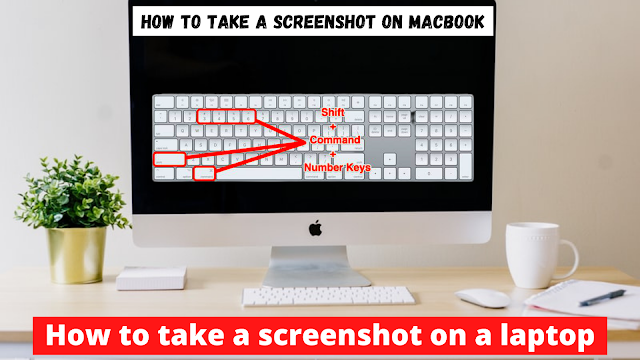 1) Command+Shift+3:- To take a full screenshot.

To take a full-screen snip from mac you simply press ‘command+shift+3‘and by default screenshot will save in your desktop/Macbook. But, if you don’t wanna save it in the file then simply copy the screenshot to your clipboard. To copy the file press Command + Control + Shift + 3. And you can paste it in Photoshop, Gimp, paint, and messaging app as well.

2) Command+Shift+4:- To capture some part of your display.

Like different parts in windows, there is also a similar way in Mac too. To capture some part of your display on MacBook press ‘Command + Shift + 4‘. This shortcut is best when you chat with your Boyfriend and your friend asks for your interesting chats.

3) Command+Shift+4+Spacebar:- To capture a specific window

Yes, the key ‘Command + Shift + 4 + Spacebar‘ is mostly used to capture a specific window. When you only need certain words, video clips at limited parts to capture them in that situation this key is suitable.

How to take a screenshot on a Windows 7/10 laptop?

For your information, windows 10 and windows 7 both are dedicated to the same application named ‘Snipping Tools‘ to capture a screenshot. This feature is available on your laptop. To check where is your Snipping Tool is located follow these steps.
Step 1:- Search ‘Snipping Tool’ on your search box or check on the notification box.
Step 2:- Now, click on the ‘New’ tap to capture a screenshot.
Step 3:- Move your cursor from where you want to start your screenshot and drag it to that selected area.
Step 4:- At last, click on the ‘Save Snip’ icon to save your screenshot.

Are there any other ways we can take a screenshot on laptops?

If you want to know more ways to take a screenshot on laptops then you found many extensions for screenshot and video recording as well. The above are the general ways where you physically take screenshots. But, for more ease process add an extension on your default browser.

How can we take screenshots in Chromebook?

How to take a screenshot on Tablet?

To take the screenshot on your tablet then click on the power button and volume down button at the same time. Then, your screenshot is ready to use.

Can we take a screenshot on iPhone and iPad?