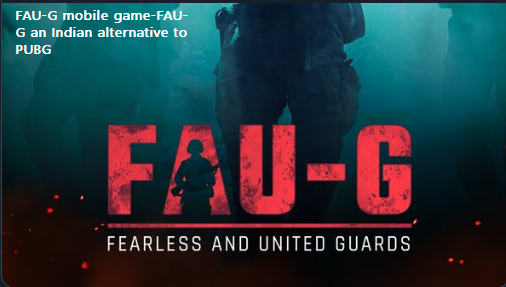 Big news for all PUBG fans within two days of the ban on the PUBG Mobile app in the country, we have seen many Indian game developers introduce another Indian version of PUBG or new war games similar to the banned game. One of the many developers is nCore Games on Friday announcing a new Indian version of PUBG Mobile called FAU-G or Fearless And United: Guards. The game is set to be released soon. NCore Games should display release date and other details about the game in the coming days.

Vishal Gondal, chief executive of GOQii said in an official tweet that FAU: G was being developed in response to the Prime Minister Narendra Modi Atmanirbhar App campaign. The announcement comes two days after the Indian government shut down 118 Chinese applications including PUBG Mobile and PUBG Mobile Lite.

One of the highlights of the FAU-G is that the game was made under the tutelage of Bollywood actor Akshay Kumar.

Commenting on the new game, the actor ‘Rustom’ said: “For young Indians, playing becomes an important form of entertainment. With FAU-G, I hope that as they play the game they will learn about our soldiers’ sacrifices and contribute to the families of the martyrs; to support the vision of Prime Minister “Modi” vision of Atma Nirbhar “.

Read:- The latest news about PUBG ban in India

The game is based on real-life situations experienced by the Indian Security Forces to deal with domestic and foreign threats.

The game is expected to kick-off at the end of October with its first-level set behind Galway Valley following a third-person shooting game in the next release. The game will be available on the Google Play Store and Apple App Store.

Actually which is best PUBG OR FAU-G comment down below😁😁 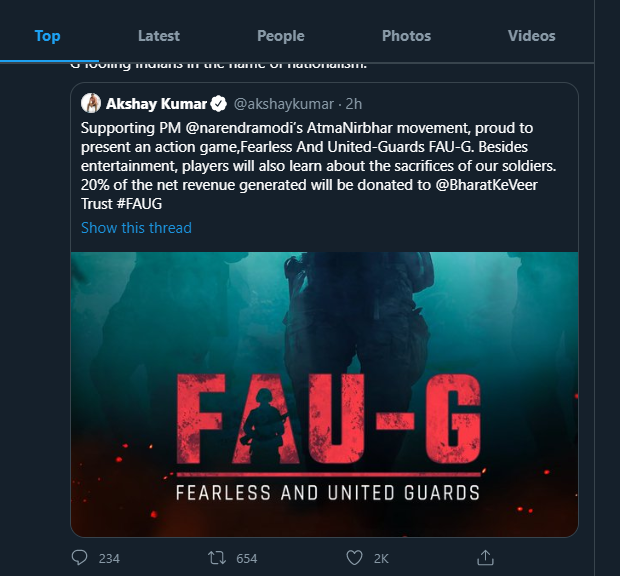 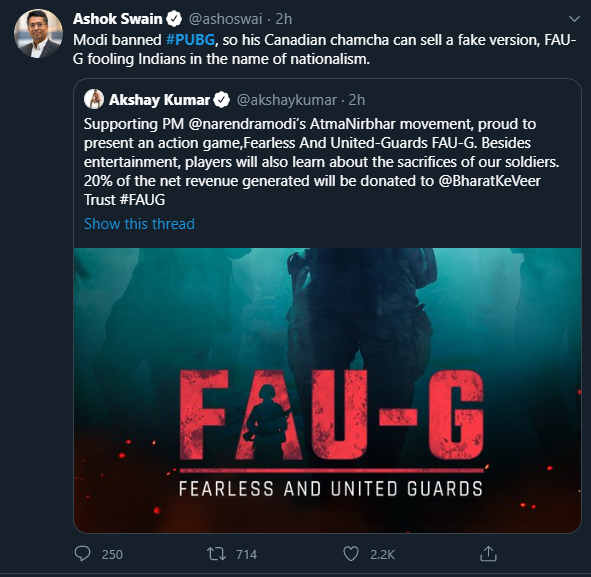 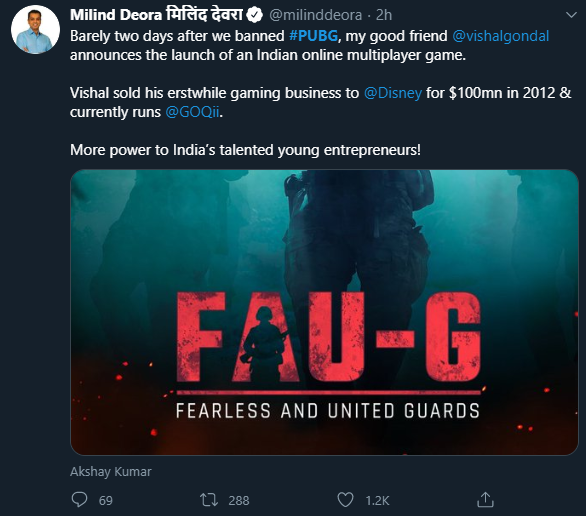 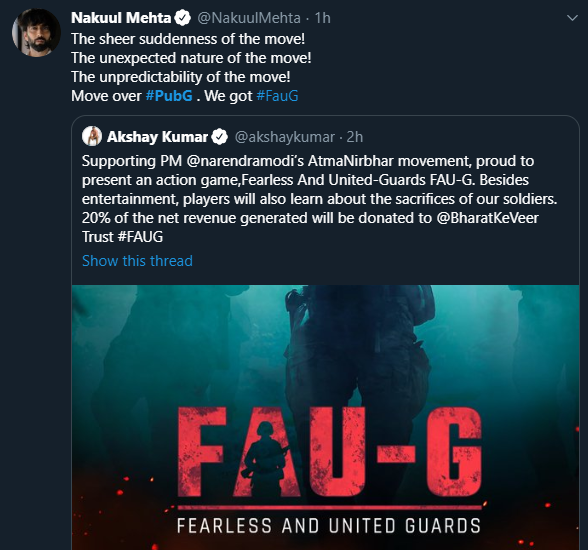 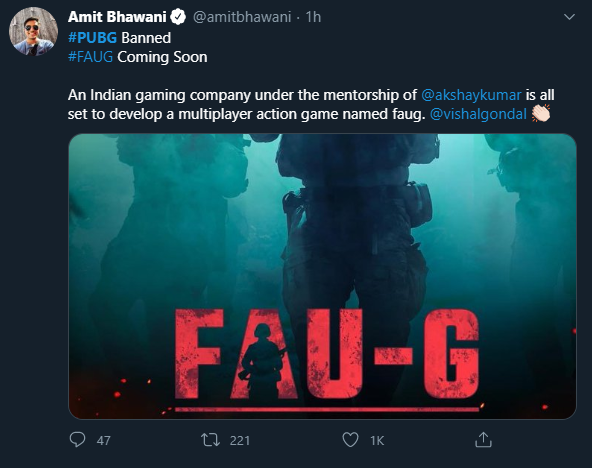 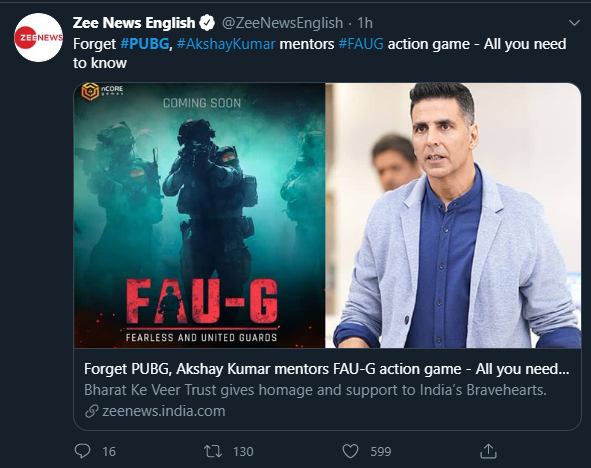 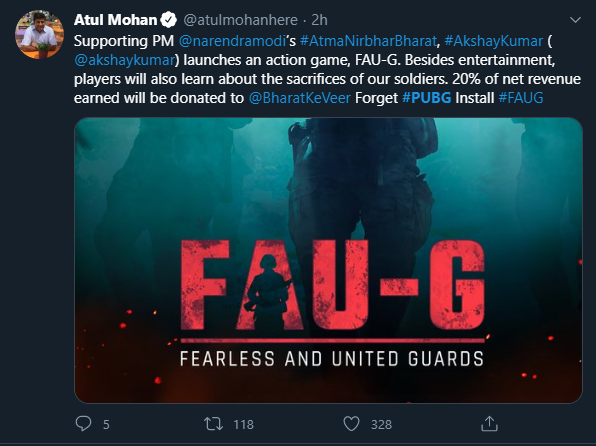