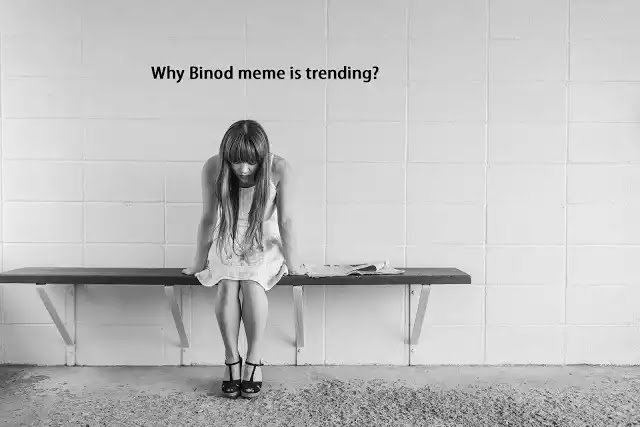 | Why Binod meme is trending? |

This year 2020 is a year of bizarre trends and if the Internet had already convinced you that everything around you is cake, think again. Because a month later following the weird dessert trend, everything and everyone now is Binod.
{tocify} $title={Table of Contents}
While its hard to predict the next trend on Twitter, the latest inclusion to the bucket list of jokes is #Binod memes.  The latest trend has left most users perplexed, wondering ‘who this viral Binod is’, while others guessed what the ‘real Binod must be feeling’ — the platform is abuzz with sarcastic jokes and hilarious photo captions.

How did Binod memes start to trend?

It all started with a video put out by YouTube channel Slayy Point, a famous YouTube channel run by Abhyudaya and Gautami recently went down the rabbit hole that is the Indian comments section in one of their videos and a meme was born.
Both Abhyudaya and Gautami gave us a glimpse of what really goes on in the “filthy” comments section of videos where the commenters leave behind stuff that will have you scratching your heads. From “thoko likes” to penning down out-of-context poetries, a lot goes on in the comments’ world.
On July 15 the titled “Why Indian Comments Section is Garbage (BINOD),” one of the comments that stood out in their now-viral video was from a certain person Binod Tharu who simply wrote “Binod”. Was he marking his territory? Probably. Soon their sarcastic take on one such comment gave birth to a meme trend.
You also read:- What is Tender and how to use Tinder?
You also read:- 28 instagram tips and tricks

Why are Binod memes trending so fast?

The creators presented many funny situations when every question asked, the answer was only one:- Binod. Soon, many Indian Youtubers noticed Binod being written all over their comments and it quickly became a trend on the platform. Cut to August, this comment from their video has now caught the attention of some desi meme-makers, so much so that Binod has become the top trend on Twitter.
As we all know we don’t need any reason to be viral that’s why desi people are thinking everything is Binod. Let’s check out some of the #Binod memes from Twitter:- 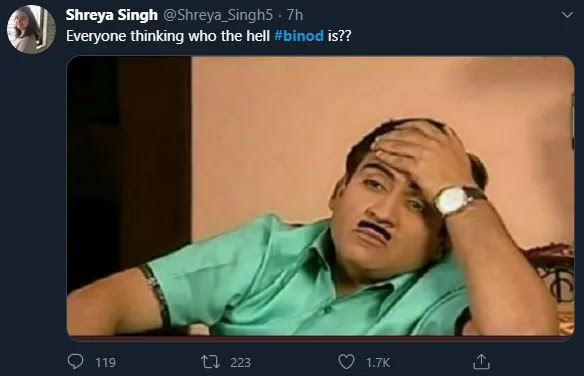 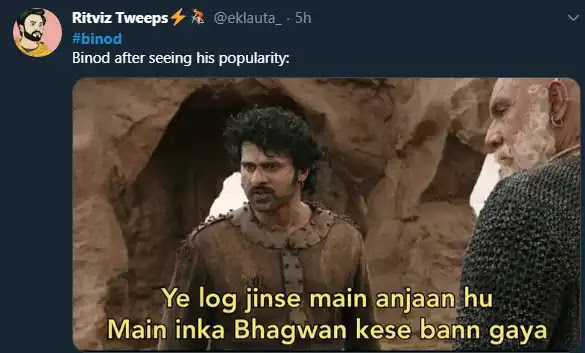 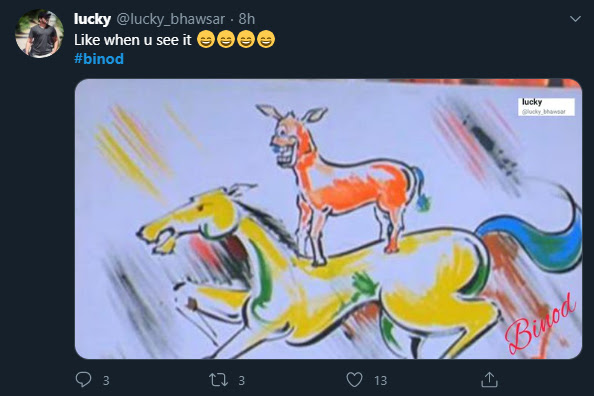 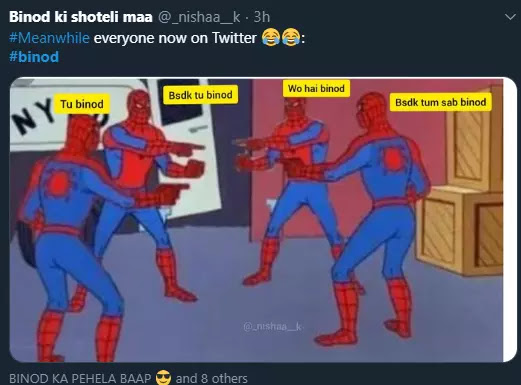 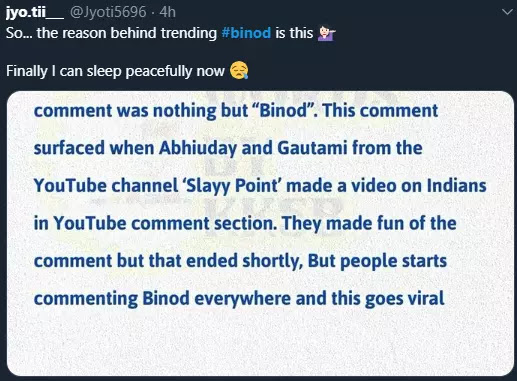 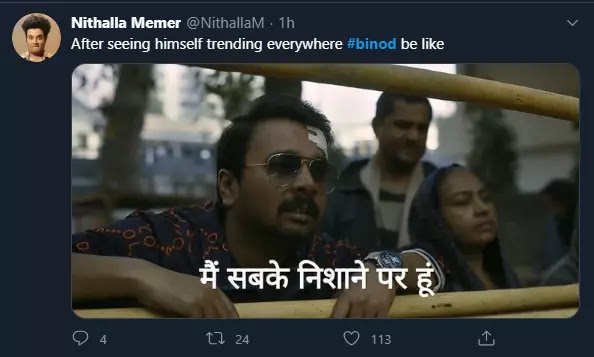 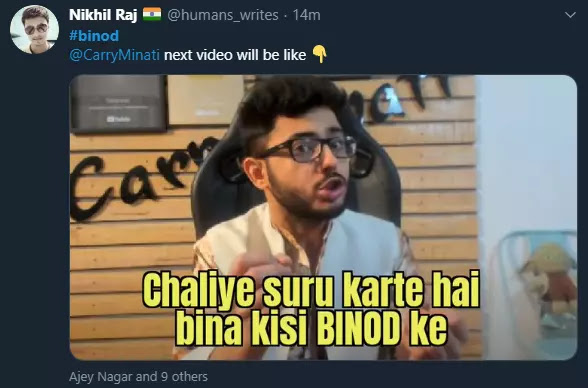 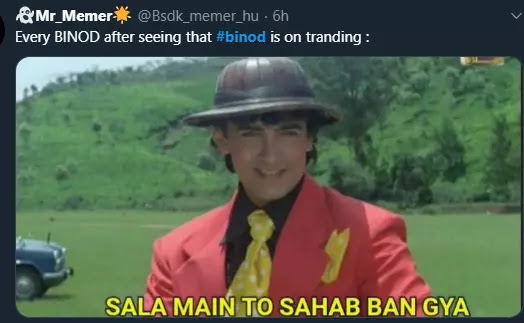 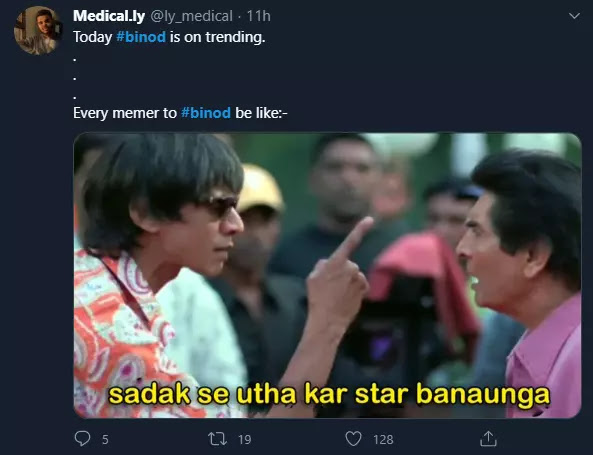 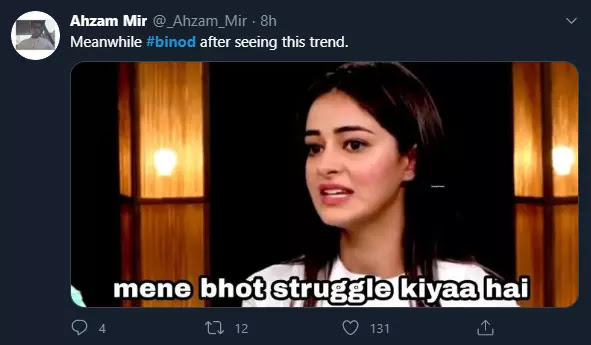 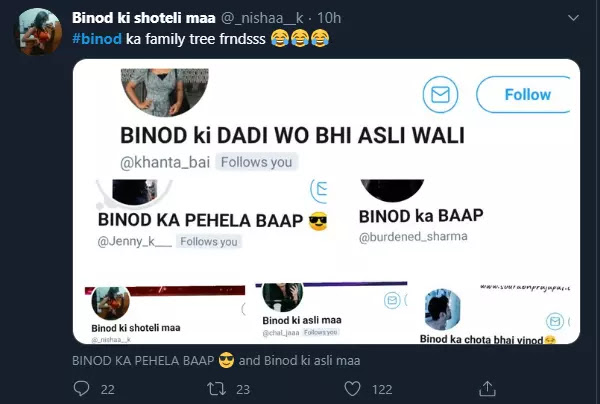 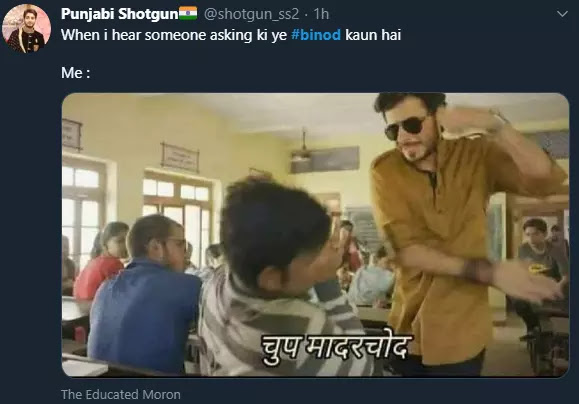 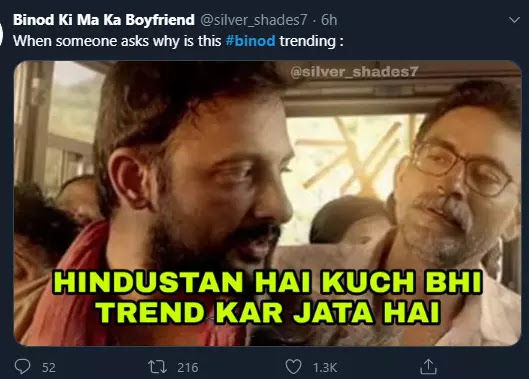 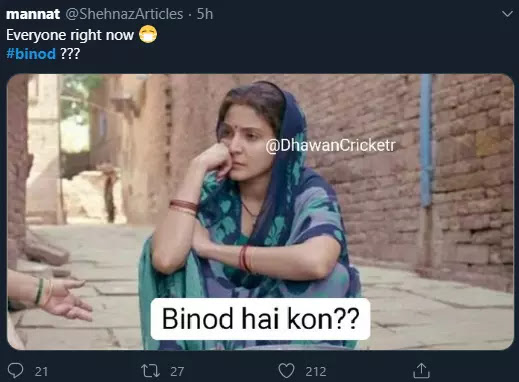 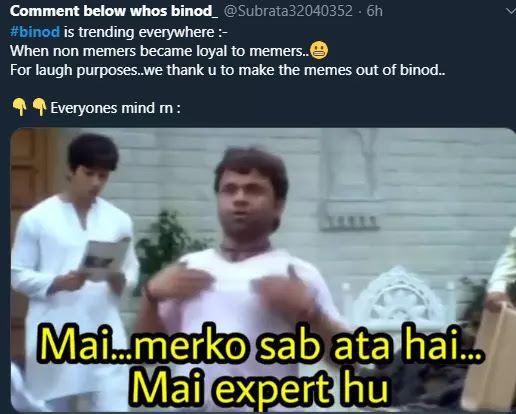 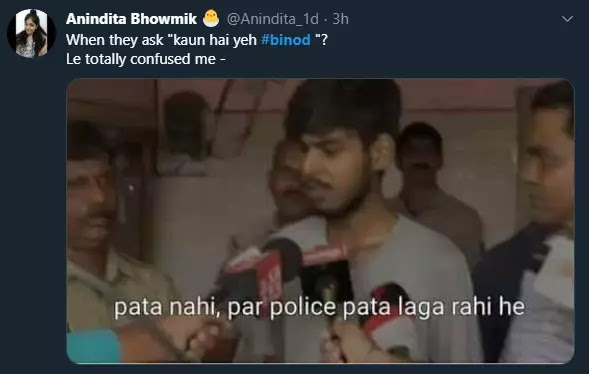 These are some trending tweets in the name of Binod on twitter. I hope it’d great to see the tweets of people in Binod. Don’t forget to comment down “Binod” in below comment box.
Now let’s dive in the video where the whole thing started. Here is the video from “Slayy Piont.”
About the reason of Binod famous among the memes.
Source:-Slayy Point
After watching this video You definitely know why Binod is famous for it. So, don’t forget to #Binod…
You also read:- Dil Bechara Movie review